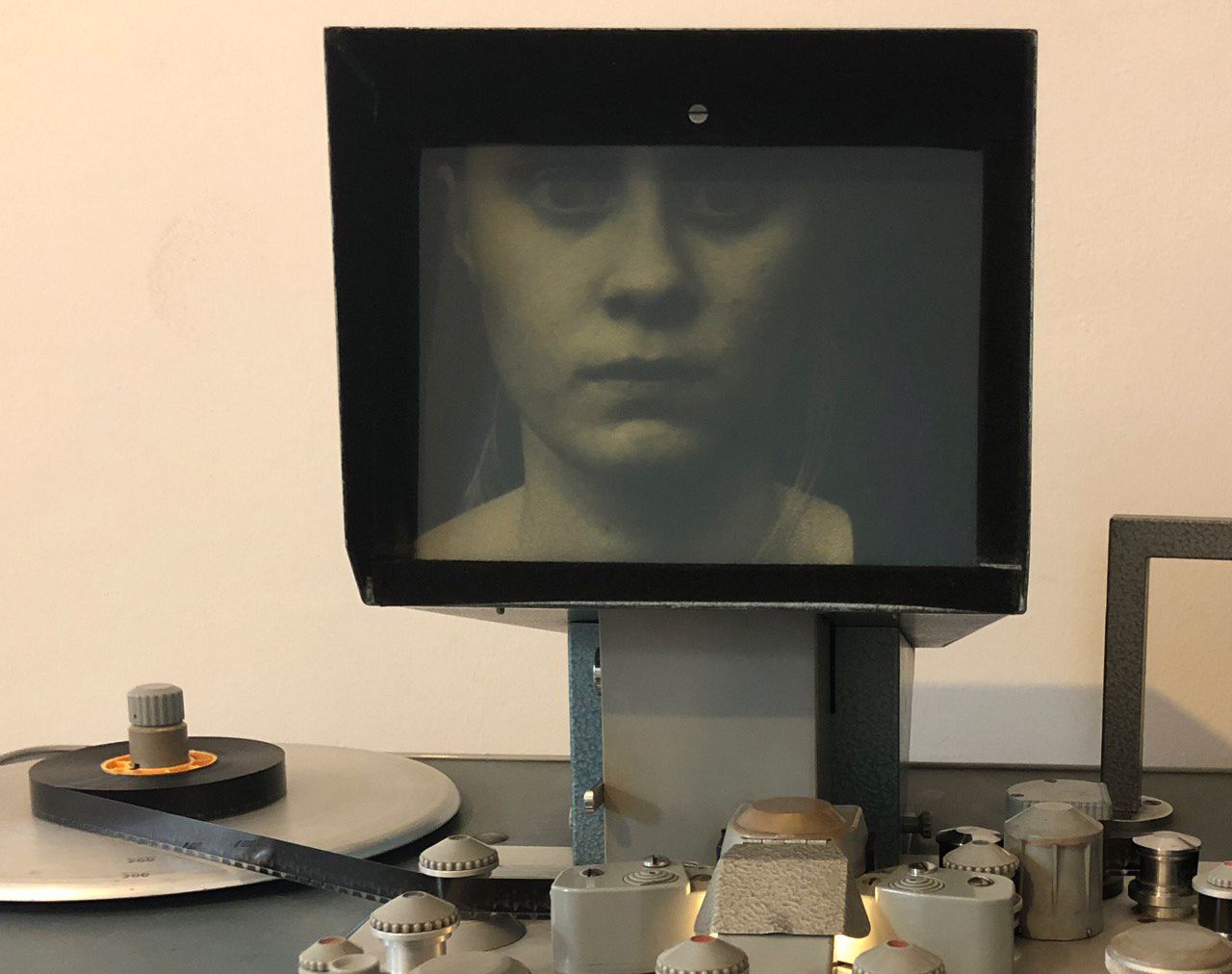 “Each projection of film is unique and lively. It is always an exciting moment when the projectionist is hopefully focusing right on time during the opening credits. The film might carry the dust from a previous screening, from a city I have never visited, but my film has. A DCP cannot tell you the story where it has shown before. Traces like stickers with screening time info on the film cans are proof that the film traveled to festivals and got inspected by the print departments. Other people besides me are able to touch my films too, to have small encounters and relationships with them ( I do work as a print inspector from time to time, so I have these encounters with films by other filmmakers).
Shooting on film is a very important part of my life, being able to project on film is needed and not a redundant aspect of the whole process. I love seeing film on film, using the film loop as a protagonist in my installations, cleaning and repairing my projector, checking the prints, threading a projector, focusing again while projection, rewinding it on the Steenbeck, putting the film can back on the shelf, desperately searching for a potentially lost film can and then finally finding it. I love all these hassles so so so much!!”