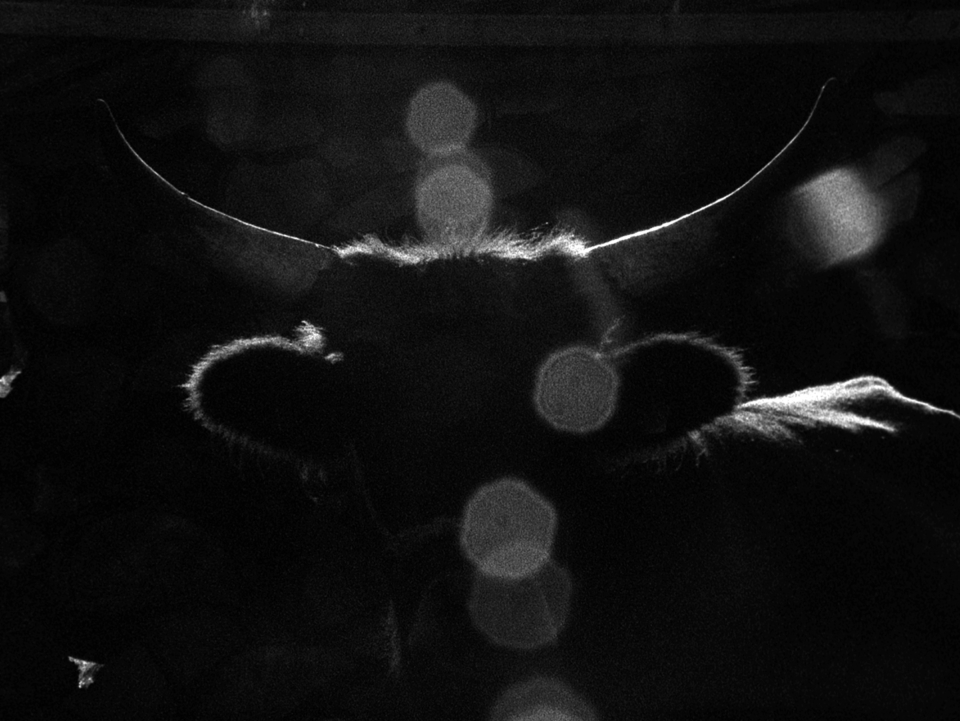 In the coming days, Her Name Was Europa, the new feature by the Berlin-based duo Ojoboca will be screened in 16mm at the Viennale. With this film Anja Dornieden and Juan David Gonzalez Monroy continue to explore, with their characteristic aloof irony, the profound strangeness of humans. In their previous short films, the filmmakers have often played tricksters, weaving Borgesian fables and keeping the spectator guessing until the end as to the true origin and intention of the images. Here, too, one feels slightly unnerved by the tale of bovine genetic revival intended to “rewild” the great forests of Europe. Not least because the film’s main character, the ancient and extinct aurochs, proves as elusive to representation and imagination as it is to the geneticists and zoologists keen on its resuscitation.

The unreliable narrator of the film, seen only as a pair of hands moving text and objects into the frame, inconspicuously draws parallels between this contemporary project and a strikingly similar one from the Nazi era, whose aim was to create immense hunting grounds populated with replicas of ancient animals. The film thus raises uncomfortable questions not only about the continual subordination of nature to human whims, but also about the potentially sinister undertones of seemingly innocent ecological initiatives within the context of today’s Europe.

Ojoboca’s practice is strongly tied to the artist-run photochemical laboratory network, and, more specifically, LaborBerlin. As all of the duo’s works, Her Name Was Europa was shot on film. The final print, distributed by Arsenal in Berlin and Light Cone in Paris, was struck at one of the remaining European commercial laboratories, Andec, while the laser subtitles were engraved at L’Abominable. The photochemical process is not an incidental choice for Ojoboca: the medium’s unpredictable nature fits with their speculative approach to filmmaking, while the camaraderie of the collective laboratory provides a kind of creative refuge from the profit-oriented world. These initiatives go beyond maintenance or preservation of the film medium; their goal is to imagine photochemical practices as they have never before existed.

The intersecting stories and reflections raise a whole herd of questions on humans’ relationship to nature, European history, science and imagination, and Ojoboca’s own artistic practice. As with the best films, we are left with a strange feeling of bewilderment.