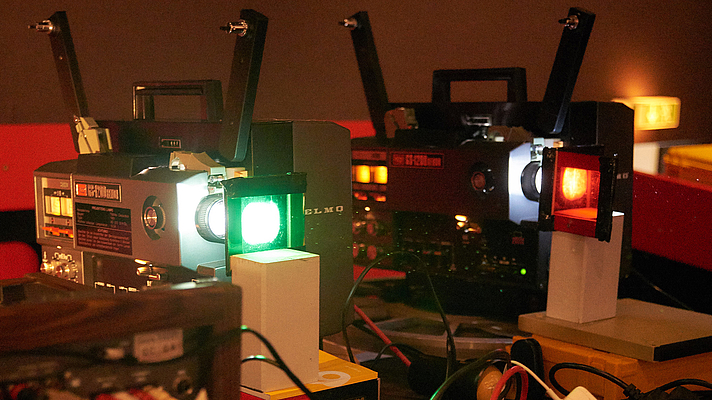 Not just one. The Oberhausen film festival will propose three projection workshops alongside the regular programs coming up in May. One of the workshops will be aimed at children; the second one, focused on 16mm, will be led by filmmakers from one the most experienced artist-run film labs, The Film Farm; and the third one will address the technical challenges of projecting analogue film today, with experienced film technicians sharing their knowledge. This last workshop, lead by Lena Martin from Frankfurt-am-Main, « aims to establish quality standards and integrate them into the curatorial practice of a film festival. »

As noted in the press release for these workshops: « analogue film is still very much alive, despite many forecasts to the contrary. It is used as an artistic medium in countless forms across the world, not only at festivals and in the cinemas. As artists are increasingly fascinated by analogue technology, it finds its way into museums and galleries more and more often. But experience with the material and its projection practice is gradually getting lost in the digitized world of cinema. » So, taking a practical step to counter this trend, the festival is offering these three workshops, applications for which are open until March 1st. And film projection will be very much happening again at Oberhausen film festival this year – and years to come!