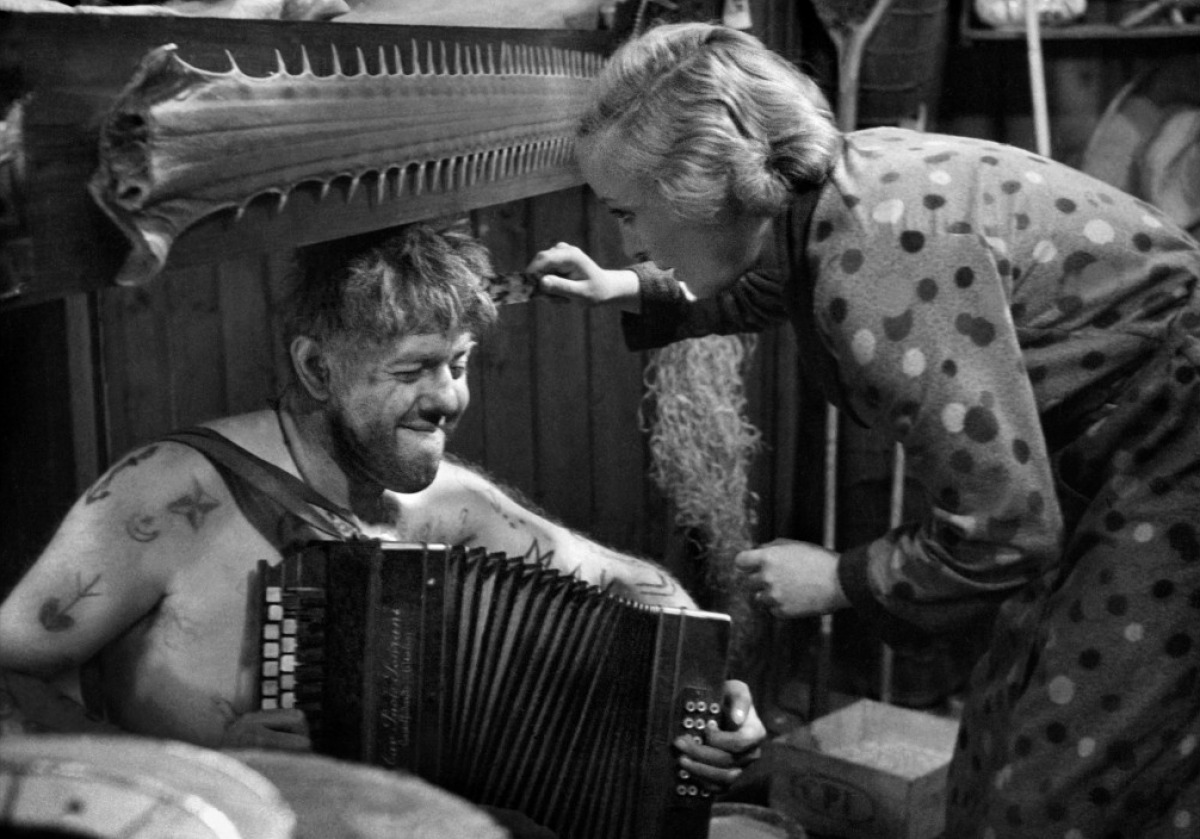 French major Gaumont is unveiling the fourth restoration of Jean Vigo’s extraordinary film L’Atalante (1934). The only feature-length piece that Vigo would make before his death at age 29, this film is a landmark in the history of cinema. It is also a sad example of a producer altering a work, cutting down scenes, adding popular music, trying to make it a commercial success – at a time when Vigo was so ill that he was to die a week after the commercial release. Several restorations were attempted over the years, but they often lacked knowledge of what Vigo’s choices had been. In 1990, thanks in part to the discovery of a 1934 L’Atalante print in London, a new restoration was made, but the temptation to add beautiful outtakes, which were also found at the time, proved too strong. Since then, French historian Bernard Eisenschitz has been working on constituting a new version that is as close as possible to the director’s original cut.

Gaumont’s main interest in this new version is to present a 4K DCP of the film, but, in partnership with Kodak, L’Atalante will also be available as a brand new 35mm print. This 35mm print will be shown at Cannes Classics in a couple weeks, and in September at the Cinemathèque Française. To Gaumont’s surprise, the existence of a film print of this new restoration has produced considerable excitement among potential programmers, including both festivals and repertory cinemas. Although it is common practice for Gaumont to make a 35mm print at the end of a restoration process, this print is usually meant for archival purposes, and not for distribution. Considering the iconic status of L’Atalante, they decided to also offer the possibility to show the brand new version on film. This policy could be extended to other works only if it makes economic sense. So, let’s hope that the circulation of L’Atalante on film proves that it’s worthwhile for right-holders to integrate making prints for distribution into the restoration process.