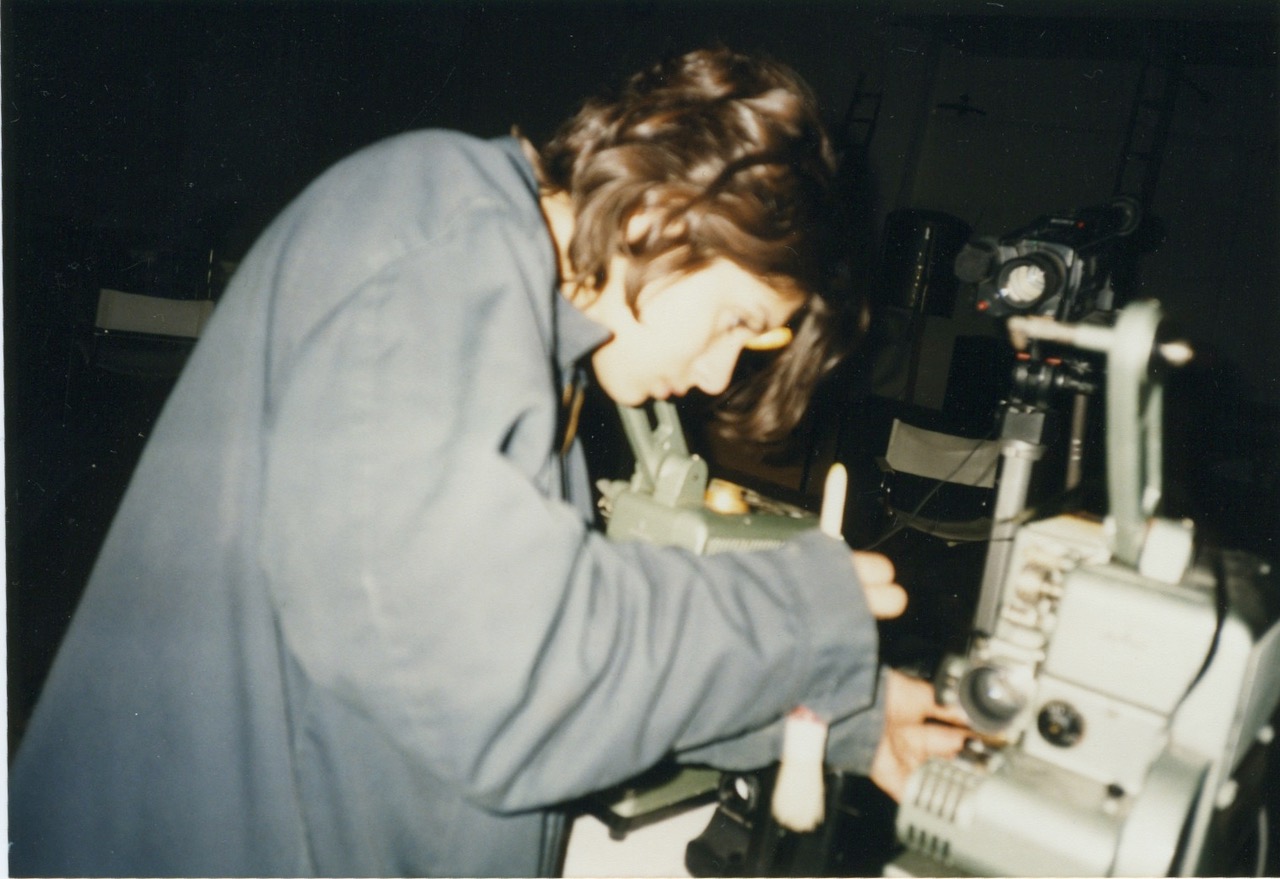 “When you work with analogue film there are limitations that force you into making decisions. I found out there is a sort of conversation that happens with the camera when you work with people on analogue film. It decides when to turn itself off or on. It’s like a gentle dance or performance that arises out of the relations between the camera and the subjects and the filmmaker. The decisions happen without defined rules but with a natural artistic necessity. I am interested in bending this possibility of the materiality of film further into the exhibition space.”