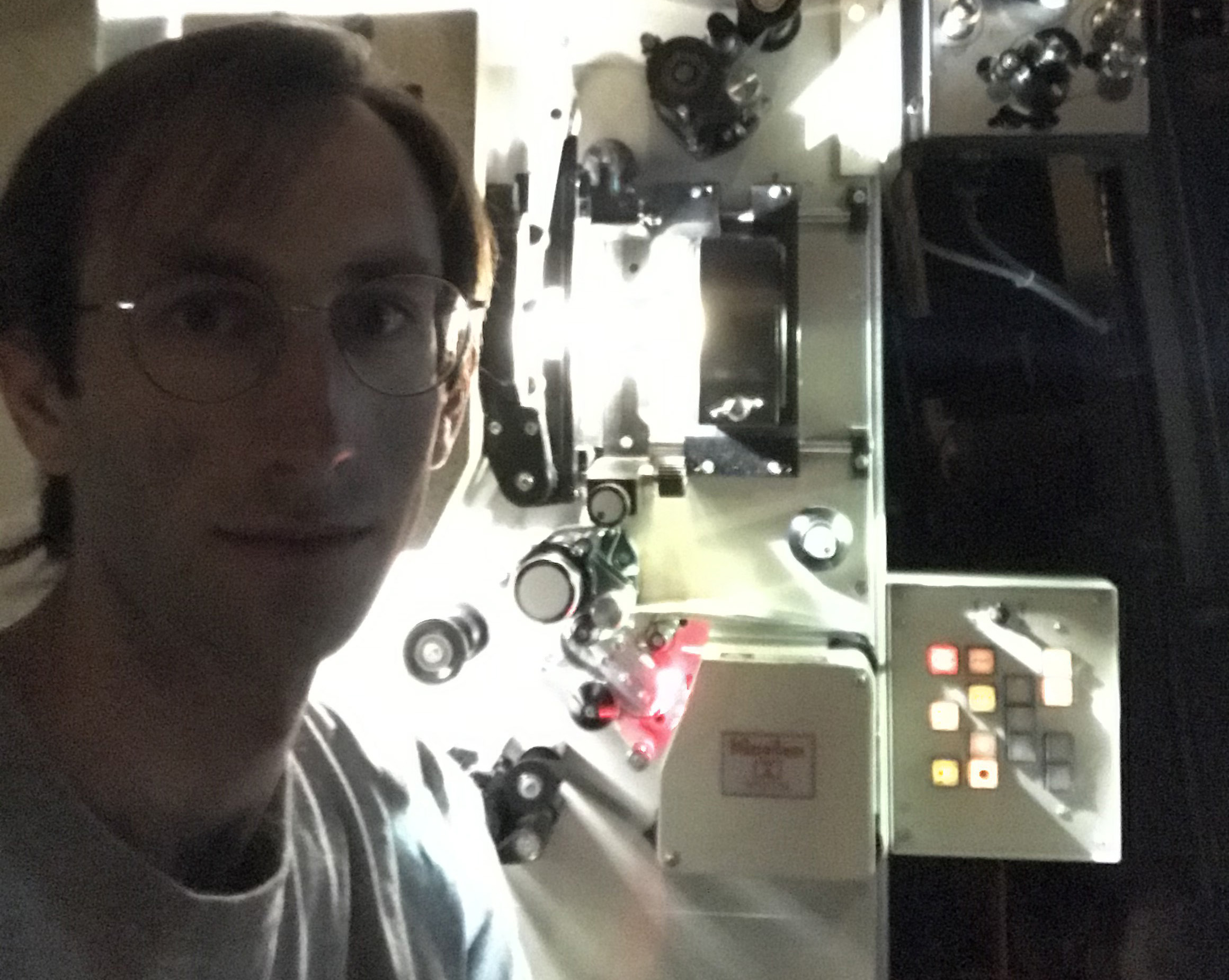 “I began making films just as film projection began to wane and digital projection became omnipresent. I remember at that time seeing and projecting American films that were shot on Super 16 on the grainiest stocks. It seemed at the time that even if you couldn’t project on film, extra grainy images transferred to HDCam or DCP was the way to go. It would really highlight the filmness of the images at time when so many movies were being shot on DSLRs or other digital cameras.

Over time, considering other kinds of films in different contexts, I begin to appreciate more qualities specific to film images. As well as what it is specifically about film prints that makes them different than digital transfers and digital projection.

I wanted to make films prints because of all of the film prints I had been seeing for years in movie theaters, because I liked that specific experience. I chose to shoot on 16mm because it is really the best format for the independent or non-industrial filmmaker: light-weight, easy to load cameras that you can walk around with; less expensive material costs than 35mm; the availability of portable projectors for smaller screenings.

What really differentiates a projected film print and a digital projection (regardless of the source of the images) are qualities that cannot be translated from one medium to another. These are qualities that anyone who has managed to see one of Ken and Flo Jacobs’ Nervous Magic Lantern performances has been a direct witness to. I’m thinking of the dimensional, sculptural qualities, the specific qualities of presence these create. I suspect these are created through the shutter and the intermittent flashes of black, which the Jacobs have played with so well.

Anyone who has unwittingly walked into a repertory film screening only to find as the lights go down that a DCP is being shown instead of a print can confirm: something is different. The images seem correct, and yet something is missing. The depth and dimensionality both of the figures and motifs as well as the colors and the shadows that is so powerful and entrancing in film as film: they are not there. They got lost in the transfer from one medium to another.

And so it is a specifically mechanical element, not really in the material itself but only in its presentation, that brings film images their power and that is what I am especially in love with. I had come to think about this around the time I was filming Classical Period and it freed me up to use slower film stocks, to focus more on contrasts and colors, and other aspects of the image I had been neglecting. A conversation in 2019 with Olivier Dutel as I was preparing to shoot Outside Noise inspired further use of only daylight-balanced film.

Anyway, because I want to experience these specifically filmic kinds of images and want other people to have that privilege whenever possible, I still insist on making prints.

I think the best compromise any film-maker can make today is to shoot on regular 16mm and make a print and digital copy. Or, if you are really hardcore, only a print! This leads into another can of worms that I was originally trying to bring up in my first draft of this essay: how film-makers choose to distribute their work and what options are available today (with streaming truly being the worst, in my opinion). But I’ll leave it at that for now. ”